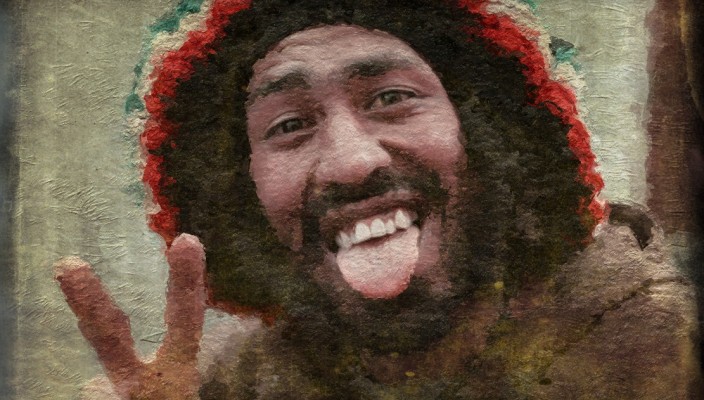 I’ve been into dub forever. Never mind all that talk of transplanted psychedelia, it was all about those after hours sessions at Studio One and Treasure Isle, re-cutting instrumental tracks for the emerging dancehall DJ scene.

This started the trend for versioning, allowing DJs to mix from a song into an extended instrumental toasting session. The versions proved every bit as popular as the main cut – and frequently sent the original riddim in a whole new direction.

Here’s where I come in. By some strange quirk of fate producer Rupie Edwards’ did a radical take on Johnny Clarke’s Everyday Wandering, a fairly standard lovers cut from the day that he’d produced. Rupie then roughed it up big time and scored a hit in the UK – and appeared in a very trippy sequence on BBC’s prime time Top of the Pops show.

Johnny Clarke later emerged as a protege of one of Jamaica’s top producers of the day, Bunny Lee, who could call on the top session guys in town to build his riddims. His guys included The Aggrovators (aka Soul Syndicate) and Channel One’s finest players (Sly and Robbie) and dub producers (King Tubby and Prince Jammy) . Fact is Rupie got there before them. King Tubby figures as a credit on all Rupie’s legit releases so that makes perfect sense. Tubby WAS dub.

Rupie worked with all the greats from Tommy McCook to U-Roy, so he’s made his mark for sure. One of my heroes and still busy by all accounts.

At the age of 14 I know nothing about reggae beyond pop hits by Ken Booth, Desmond Dekker and Dandy Livingstone. I was too young to catch the Wailers on the old Grey Whistle Test. This was a whole new sonic high for me and I wanted more. I was in love with the massive bass collage of instrumentation and snatches of the original Johnny Clarke vocal moving in and out of the mix.

There were other, later versions of the riddim – I know of Gregory Isaacs and Mr. Bojangles (see below), but nothing comes close to Rupie giving it the full monty.

I was 14 at the time and scored a copy as soon as the shops were open. Proper dub-wise right there in every British living room.