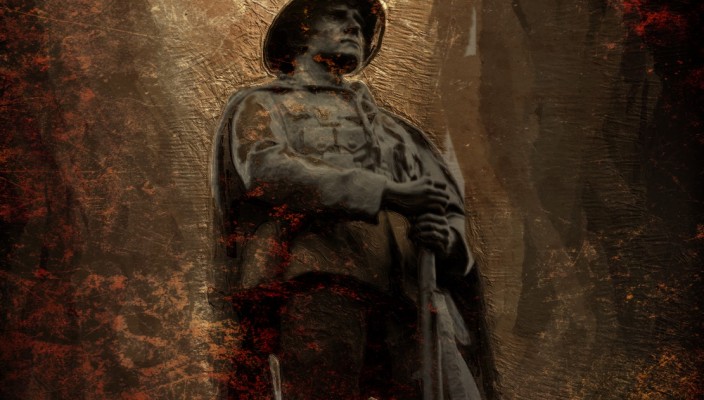 Commemorating the great war in song is a serious business, and yet it’s the heartfelt works that spring to mind on the anniversary.

Lemmy Kilmister was and still is one of British rock’s legend outsiders. Never taken seriously by critics, he was always a full-on hard rock crowd pleaser and his energy never relented – his band Motohead the closest England got to the Ramones.

Motorhead were punk and speed metal pioneers and just about ever song they did was played at the speed of sound and God help you if you didn’t keep up.

Every song except one.

1916 comes from one of Lenny’s later albums and most Brit rockers can be forgiven for missing out on this gem entirely. Yet it’s the only ballad I can ever remember Motorhead putting their name to, and it lives in the tradition of the great English-language World War One eulogies. True, it’s not up there with “Green Fields of France”, “And the Band played Waltzing Mathilda” and “The Flowers of the Forest” as one of the most moving tributes to the fallen, but it’ll do.

No one will play this at the cenotaph or at folk festivals, but 1916 is a song that touches the heart and soul of rememberance.