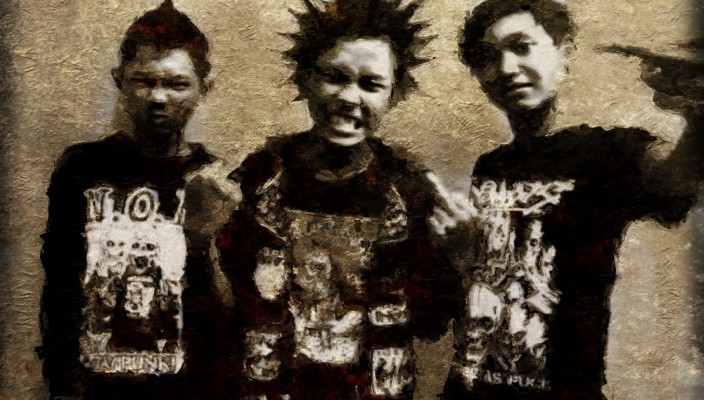 What do I know about… Punk Rock

Got into punk via pirate radio, pure and simple. A bad transistor radio couldn’t mute the thunderous drumming and the wide open chords of New Rose, debut single by The Damned.I was just a kid, still at school and late night offshore radio was the only way to hear new music. Radio Luxembourg kicked into English language broadcasting at about 7pm and still played all kinds of europop but now and then the noise changed.

By then I knew the Damned were punk, as I’d been reading about the new bands via the British music rags. Sex Pistols were already notorious and pretty soon I was scouring the mail order ads for more like this. I heard that Kurt Cobain, growing up in rural Washington state had a similar experience of reading about punk long before he actually heard any of it.

Soon these bands were showing up in my local city, Sheffield, and we were off like a shot. The Damned were not alone in notoriety. Thanks to the radio I’d home-taped most of the Sex Pistols output and owned their Spunk bootleg thanks to some small ad.

Some of these acts, like the Stranglers and The Police were just pub rockers and slumming pros in on the wave. But some genuine young one-chord wonders turned up in town, like The Adverts, Buzzcocks, Generation X and Siouxie and the Banshees.

I’d already discovered that there was life in the States too, and I was one of the first to be picking up vinyl by bands like The Cramps, Devo, Ramones and Richard Hell.

Soon this stuff turned into yob cliche, and the rama-lama-dole-queue merchants, content to put up with the gobbing and the glue-sniffing, turned the whole punk thing into cliche. Some were pretty damn good, like the hardcore Discharge and anarchist-hippies Crass.

Later on I’d discover that the punk wave had influenced folks the world over and it’s always good to hear old punk stuff from Los Angeles, Tokyo, Paris and Sydney.

For me first wave punk was over by the end of ’77 but what a blast.