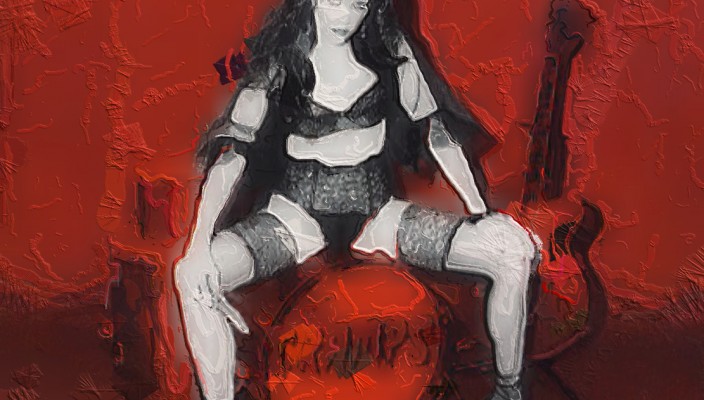 The first I heard of The Cramps was on late night radio.

The DJ on some fading pirate station was playing a massive reverb filled swamp punk number called Under The Wire, a paean to dirty phone calls. It was simultaneously subversive and hilarious. 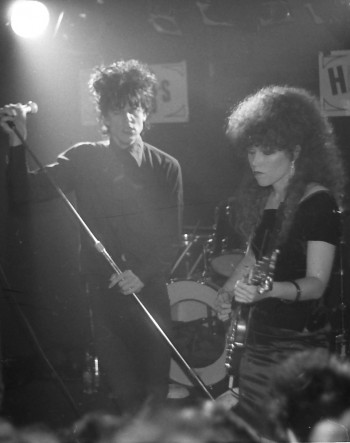 The sound was deeply familiar but disturbing and wild as if from another era. A forbidden planet. A monster from outer space. It had as much to do with old surfer music like Duane Eddy and Link Wray as it had with modern rock n roll and it had genuine Hammer Horror bats in its belfry.

I found it listed in some music mag and sent away for the vinyl. Sure enough the cover was like an old B-Movie schlocker and the band, well, looked like The Munsters on acid. I would quickly find that The Cramps were a campy concoction of wild old 50s rockabilly, 60s horror movie and sexploitation culture. It all came at breakneck speed played through tiny Fender and Vox amps cranked up to eleventeen.

And at the heart of that big surfpunk sound? A wild haired bikini-clad guitar-totin’ Cali girl by the name of Poison Ivy. An attack of the 50ft woman!

I was lucky enough to catch them playing live in a Sheffield club. Vintage Cramps had a sneering Bryan Gregory upstage on a beat up old six string. Skunk fringed and scarfaced, he played the bass lines on 5 and 6, cigarette hanging from his lips. Bryan reputedly got a later gig as a zombie in a George Romero flick.

And Ivy, well she was every bit as glam and gorgeous in real life. Betty Page as a dolled-up scream queen – and boy could she play some on that huge Chet Atkins 50s guitar . Not that anyone seemed to look beyond the hair and the heels and the big fuzz pedal collection permanently on max and see just what an amazing musician powered this larger-than-life psychobilly garage punk band from California. 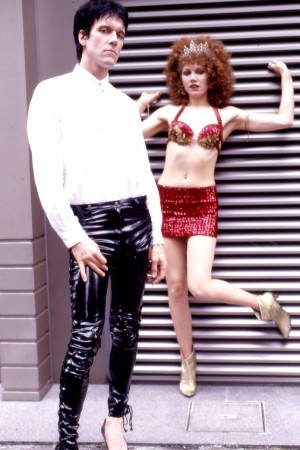 This was entirely because of the lunatic up front. The mighty Lux Interior. Lux was just wild – a patent leather Elvis after shock treatment, he would regularly peel off the shiny to reveal womens underwear and a huge contorting torso. Like his lady wife back there on the fuzztoned guitars he was bright, wild, sexy and waaaaay over the top.

The Cramps came to the UK on the punk rock scene but they were so obviously from another genre entirely. Yes the patent leather, red lipstick and fishnets (and that was just the singer!) seemed punk. But half a listen and they were something different. The knowledgeable sound, full of kitchy rock references gave it away. The Cramps were way more into musical history than they were every given credit for.

They covered classic rock’n’roll classics such as Orbison’s ‘Domino’, Elvis’s ‘Heartbreak Hotel’, Ricky Nelson’s ‘Lonesome Town’ and Jimmy Rogers’ ‘Muleskinner Blues’ – frequently with total disregard to the original tempo and meter. There was a heavy irony to these takes for sure, but an homage too in those simple chord structures and amplification.

Garage rock classics from the 60s got their treatment too, including Count 5′s Psychotic Reaction, The Sonics’ ‘Strychnine’ and The Trashmen’s ‘Surfin’ Bird’. There was Ike and Tina R&B hidden in there – even a Doo-wopper or two, led by Lux trashing his way through ‘Papa Oow Maw Maw’ and ‘Green Door’.

It turned out that Poison Ivy wrote most of their original material and was the driving force behind the band’s big sound and even vaster visuals. For the longest time she would cover bass duties at the bottom end of that vintage six string Gretch. And because of the big lug up front in high heels with the mic in his mouth hogging the limelight Ivy’s incredible garage licks and her ear for the classics passed musicians by. 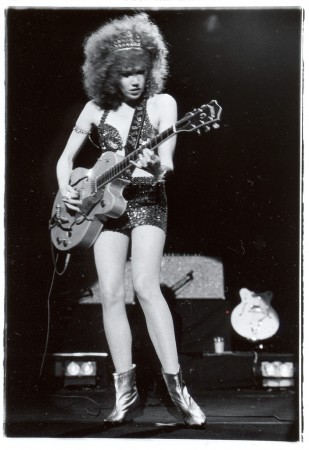 I’m not totally sure it passed filmmakers by, though.

Sam “Evil Dead” Raimi was perfectly in tune with their break neck mindset.

David Lynch also seemed to repeatedly mine their visuals in dream sequences in ‘Twin Peaks’ and the opening of ‘Mulholland Drive’ – pure ‘Bikini Girls With Machine Guns (see vid below).

So that’s the Cramps. Too early for MTV too late-nite for for pop radio and way out-of-time for the genre-obsessed naughties. They never made it to the big time. But maybe that was the whole point – as Lux said in interview, “A lot of times people will come to see us, people from record companies, and they’re supposed to come back later, and they don’t. They’ll say “I was too freaked out! I saw your show and I left.” So that’s good. It keeps away the evil spirits.”