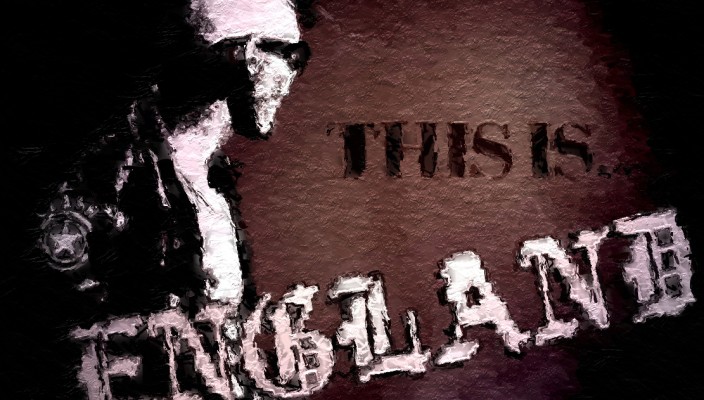 The last great single by one of England’s finest bands, The Clash. It’s pretty much a solo number by a world weary Joe Strummer, trying to strike a spark beneath the embers of a band whose fire had long gone out.

What ignites here is Strummer tackling inner city violence, a dying motorcycle industry, nationalism, police corruption and Strummer’s own sense of foreboding. All at once. A fine swansong from Strummer, then 33 years old, and one of the few songs to deal directly the English national identity in song.

I saw The Clash a number of times in those days before the stress of fame broke their spirit, and each time I was left a little cold by them. As a band there was never a sense of glee and enjoyment that you get from the best rock band in their element. That I saw The Police (who notoriously hated each other) having a way better time on stage than Strummer, Jones, Simenon and Headon says a lot. Miserable fuckers going through the motions. Still a great night out but you were left thinking that they were bored and tired of the whole roots rock rebel charade.

On stage during Clash shows Strummer came across as pissed off and hostile, and not especially likeable. Should we like our heroes is a good question – I’m sure some of the world’s finest artists are insufferable human beings.

This song though comes across as more heartfelt than most of Strummer’s songs. A little world-weary, full of foreboding and a fine epitaph for a band that had really died the year before when Mick Jones took his bat home. Strummer by now was resorting the mohican haircuts and football terrace choruses but in this song there was more than a little heart and soul.

Surpisingly there’s no official video of this song, which shows how far the band had fallen down the record company pecking order, but this video of Banksy graffiti fits the mood well.

« The Wolfhounds Cheer Up. What do I know about… The Vox Continental »