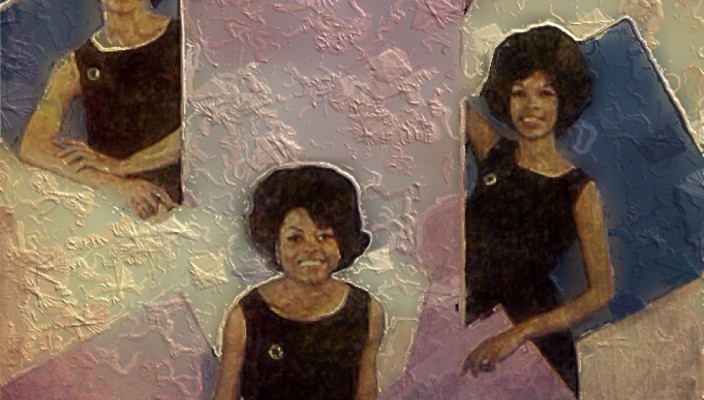 Where Did Our Love Go?

As a child I was spoilt rotten by beautiful women. It’s true. The glamourpusses on TV – Shirley Bassey, Diana Ross, Martha Reeves – were just like my mum and her fabulous sisters, still teenage or thereabouts. All makeup and powder and hairspray. I was the apple of their eye.

So when The Supremes came along it was family. The songs were all part of that Shirelles, Marvelettes, Shangri-las girl group tradition. It had a distinctive American feel, yet there was something so familiar about everything. Perhaps it was my mum and her sisters were picking up on the same haircuts and styles that these girls were bringing to the party, but to me it was love at first sight.

Of course what Diana Ross, Mary Wilson and Florence Ballard had was soul. As a little kid I’d no idea what it was that made the Supremes so much more attractive and approachable on their records, but as a teen I finally got it. Sexy.

Oh, even as a child I knew sexy. Shirley Bassey had been queen of the UK music scene for many years, with her spangly, slinky dresses and fluttering eye-lashes and big movie theme tunes.

Diana and her sisters were different, more intimate somehow. Diana Ross, beautiful and spectacular in her shining dresses seemed like just my aunts. Giggly. Gossipy. Glamorous. Talking about stuff I didn’t understand but I wasn’t shoed out of the room. It was just family life and I adored it. Diana? It if she was taking me aside singing to me, telling me a secret. A delicious conspiracy I was being let in on somehow.

Later, as I approached my teens and discovered girls I then realized what it was that the Supremes had that those earlier girl groups hadn’t. They were singing to me. Teaching me about love, how to treat a girl. Other American stars joined in the love class. Aretha taught respect, Martha Reeves how to take charge, Nina Simone how to care. How to understand. How to be love the young and gifted.

Diana spoke right in my ear.

Later, when she started another hit song with the lines…

“If you need me, call me
No matter where you are
No matter how far
Just call my name
I’ll be there in a hurry
On that you can depend and never worry…”

Marvin Gaye got right into his earlier version of the song. Diana, though took her time. Setting the scene in a voice that caressed and was breathlessly in love. And she was sharing this with me, as a confidant. I’m nine years old and already I knew that no guy in his right mind would leave Diana Ross – let alone hear that song and look at another woman again. What sort of idiot walks away from Diana Ross! He must be crazy.

So back to “Baby, baby, where did our love go”…

Diana’s voice on that song is still strong through the ages. And now I know what that burnin’ yearnin’ feelin’ was all about I treasure these girls all the more.

William Blake spoke of innocence and experience, and here we have the same power and the same simple eloquence as that old wise poet.

As a young boy discovering what it meant to be a man, how to understand love, and matters of the heart, The Supremes were angels talking in my ear through an old radio.

I was listening closely then and still am today.

And you know what? All four of those beautiful women who brought me up are still very much alive, still hanging out at the local picture house and dancing at family parties.