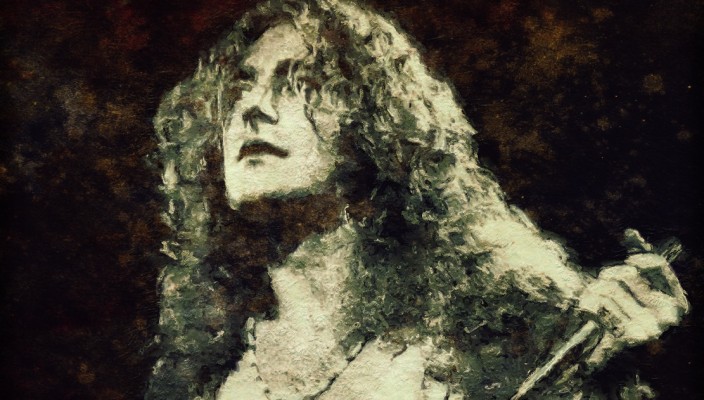 As a kid living in a coalfield backwater and getting into punk rock there was a big local problem. Everyone else.

At 15 it was clear that all my musically-inclined peers were into traditional long haired rock, and Led Zeppelin were, at the time, considered the dog’s bollocks.

I wasn’t so sure. I’d discovered avant garde acts like Velvet Underground, Pere Ubu, Iggy Pop, Patti Smith and various prog acts by then, so all that steroid blues crap meant little or nothing. Even on the metal scene Queen, Mott The Hoople and Be Bop Deluxe were breaking new ground. 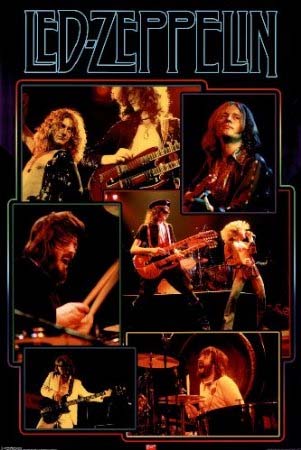 One of a great selection of Led Zeppelin posts from back in the day. Click the poster to check them out.

I had this mate called Harvey Bullock.

Not the guy who produced that pre-Simpsons animated toon “Wait till Your Father Gets’s Home” but the coolest fecker in Wombwell at that time and he was a vision in sheepskin. “Hey, here’s Led Zep 2 – it’s the shit…” He’d been to see them at some festival or other and seemingly overnight he’d turned into a schoolboy Robert Plant.

Privately I’d figured out that long haired cock rock was already out, having owned the Sex Pistols ‘Spunk’ bootleg since, well, ohh, six months ago, and all that long haired tight denim shit was beyond redemption. I wasn’t going to tell him that, though.

There was also this older kid in the village called Paul Dayson, from a family notable for possessing a pack of kid-eating German Alsatian dogs. These dogs could smell a post-rocker from 100 yards, so when I was at Paul’s place I kept super-quiet about my lack of love for Montrose, Deep Purple, Rory Gallagher and the almighty Zep. Especially when the dogs were out.

To me it was beyond thought. NothingZep did was in the least bit likable. It seemed to me you had to fancy Robert Pant to get any kind of pleasure from this stuff. The local jocks and metal heads all revered ‘Whole Lotta Love’ but my uncle was a Small Faces fan and I already knew that there was some kind of rip-off going on, blues-wise.

Didn’t these pillocks know “You Need Lovin” written by – it says right here on the vinyl – ‘Lane/Marriot’? Small Faces had been a big deal in the late sixties so who were these too-serious hippies ripping off their shit?

The Alsatian dogs knew what I was thinking, so I said nothing.

So life went on and the mighty Zep faded into the rock backdrop.

If they released anything post 1979 I sure wasn’t aware of it. The long haired mustachioed crowd got a shave and sold thier old blue jeans. Page put his feet up and counted his brass, and Plant would eventually re-invent himself as a roots dude.

But the song remained the same.

Only more so, after I discovered this:

Now here was a recording on vinyl by Chess Records – “You Need Love,” written by Dixon and recorded by Muddy Waters in 1962. What the fucking fuck. Sure there’s a lot of musical originality in the interpretation, but credit should be due, right?

With George Harrison getting done for stealing from “He’s So Fine” I found it odd that some British white boy motherfcukers could rip off an old blues guy and not get found out, but that’s how the 20th century rolled I guess.

« What do I know about… Dub The Wolfhounds Cheer Up. »