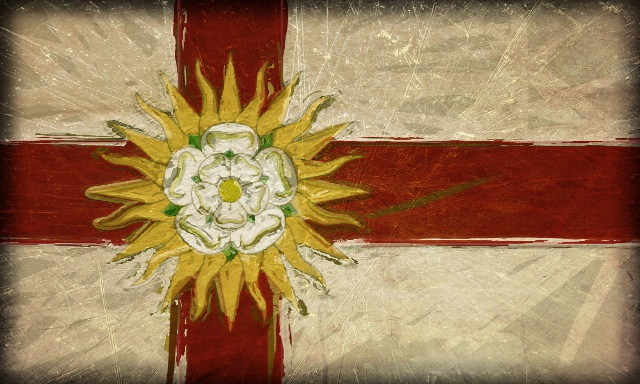 What do I know about… Yorkshire.

On 1st of August it is Yorkshire Day; when we celebrate the auld county.

Eons ago I ran a website devoted to Yorkshire, and once published a charts of the top 50 Yorkshire songs of all time – and I’m highly tempted to roll it out again to remind folks how many classy acts have emerged from the my home county.

Pulp’s wonderfully abrasive and sarcastic ‘Common People’ topped the list, and not just because the embers of Britpop hadn’t gone out. Jarvis Cocker was a snarky lyricist of the highest order, and there was something about Pulp’s style that captured the Yorkshire character.

Sheffield’s pop hits of the day were always laced with Steel City iron(y) and listening to The Human League and ABC – who took over from British Steel as the city’s top earners in Thatcher’s Britain – there’s a sense that they were just doing it for the brass and the bollocks.

So rather than re-hash the old list, I thought that I’d consider what gives a band local character. Bowie’s Spiders from Mars were all Yorkshire blokes and you all know how wild those blokes were. But did you know that 2/3rds of Muse are ours? Or most of Sadé’s band when she was young and fabulous?

Hard to call The Cult, Soft Cell, Fine Young Cannibals or The Housemartins tykes even though they were formed within the county. And yes I know that Beautiful South had that London 0 Hull 4 album that was a bit, er, mainstream.

So after the millennium there’s really only those post Britpoppers Kaiser Chiefs, The Cribs and Bromhead’s Jacket. I’m not even thinking about Gareth Gates or any of those Karaoke TV stars. One of OneDirection can buy as many local football teams as he wants – he’s not making the list. Neither is autotune king James Arthur.

Corrine Bailey Rae gave Leeds a little unexpected class but otherwise, like decent Yorkshire football teams, things have been a bit on the rubbish side by and large. That’s not me being a an old snob but, well, perhaps a bit.

I love love love proper Yorkshire folk, led by Kate Rusby, who never fails to move the heart and the soul. Ditto a Waterson and a Carthy or two, but I’m not going to lump these great artists in with the rock-n-rollers. I’ll talk about this side of Yorkshire another day.

Who else is worthy? Richard Hawley made the cut back in 2001 and continues to record marvelous rock and blues tinged ballads. A Yorkshire Orbison, he’s still my favourite Yorkshire artist and long may he twang.

One big exception to the quite-rubbish-really rule is – yes I heard you all shouting. I’m not deaf…

Alex Turner and the Arctic Monkeys are the diamonds in the rough, and reflect Yorkshire’s talent, eloquence and wit like no other band has for several generations.

For a little while I was a little worried about our favourite simians – I saw some video with then standing around in long overcoats and longer hair and being as dull as our old mate Fuck.

And lookettem go! Alex has found a decent barber and they now are writing classic numbers and breaking out world-wide. And to top it off they turned an already legendary John Cooper Clarke poem ‘I Want To Be Yours’ into musical heaven. Gotta give that number one in any chart.

Time for the videos, beginning with Those Arctic Monkeys fellers.

The original chart? Scroll on…